Day one saw us fly from Bundaberg through Thangool (south of Bileoela), Alpha and land at Barcaldine some five hours flying and 401nm averaging 79.5kts.We left Bundy at 7:29am and got into Barcy at 12:31pm.

Barcy was pretty small but has 5 pubs and several shops, chemist, bakery etc. We called the fuel guy and he was so kind as to go get his wife’s car so he could take us into town from the airport. Really nice guy, he also offered to pick us up in the morning and take us back to the airport.

We stayed at the Shakesphere Pub, $40 a night for a couple of rooms with beds. Massive big verandah out front. Had dinner there and did what everyone else does; a pub crawl.

Really nice country people and hospitality. They were all keen to chat and had a great story to tell. 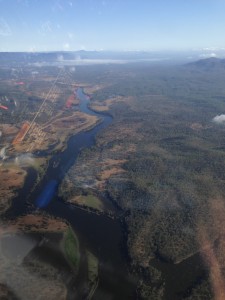 Upper reaches of the Burnett River on the way out 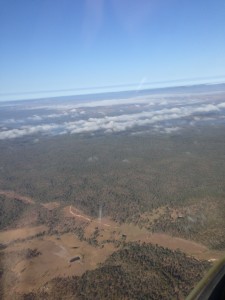 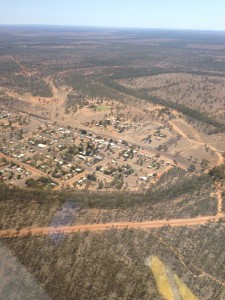 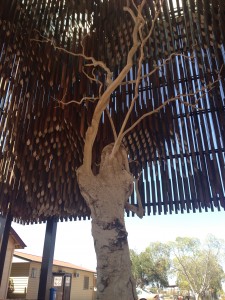 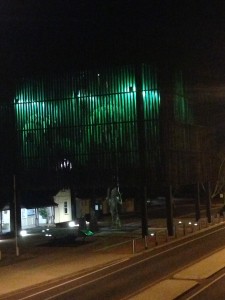 Tree of Knowledge, Now covered by a large wooden edifice.

This may be controversial to some but when reading and thinking about the shearers strike and the whole Labour movement I couldn’t help but think about the farmers who work from daylight to dark out here fixing fences, tending cattle etc. Also my next door neighbour who works for himself and can be heard grinding at 10pm as well as the cane farmer next door who works from daylight till dark and then some changing water winches etc. They cannot go on strike, they know they will not get paid if they don’t work. I don’t agree with taking workers for granted but I am struggling with workers taking employers for granted and holding them over a barrel expecting more and more and doing less and less. Do these people consider the self-employed, the small business owner? Is this (union) mentality outdated?