Day two and we say goodby to Barcaldine around 7:30am.

Thanks to Ian who kindly got up early to pick us up and take us to the airport.

As we are getting some breakfast at the bakery we say G’day to a couple of guys who pull up with a boat in tow. I thought they were locals and asked where they go fishing around Barcy; “no we are going to Burketown” they said. Staying at the caravan park for 7 days starting the 20th. Well there you go, almost exactly the same time as us. “We’ll see you there . . .” we said.

Only a short flight to Longreach, an hour or so to cover 66nm. 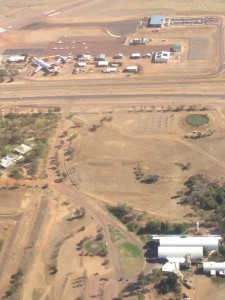 Longreach, The stockmans Hall of Fame and the Qantas Museum.

Thanks to one of our clients who owns Longreach Aircraft Maintenance who lent us their small ute for the day. We met their administration guy who showed us out the back to the ute. Michael asked what we were doing that night. I told him Annalisa had recommended a cruise down the river with white table cloth dinner. As a few had asked, he said “which one?”. Oh the one we were recommended; Outback Something…. oh he said well I will see you tonight then. Lol, second job I mentioned. Yes something like that he said. We didn’t know what part he played, thinking he could be the bar tender on the boat or something. Michael and his mate Grant turned out to be the entertainment for the night and how good were they! All all I can say is if you’re in Longreach you cannot miss the Outback River Cruise with entertainment by Heartland Theatre (http://www.heartlandtheatre.com.au/) 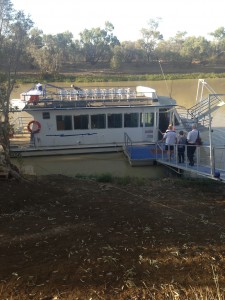 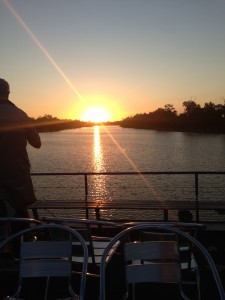 Sunset on the River Cruise – Longreach

Unfortunately my phone died after taking this picture.

We also went to the Qantas Museum. Here are some pics. 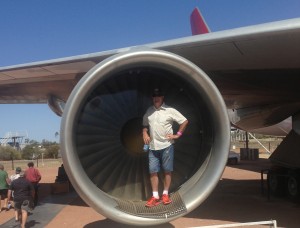 Inside a bloody big engine 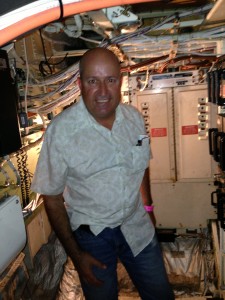 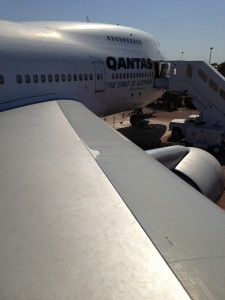 Pretty cool view that you don’t see every day. 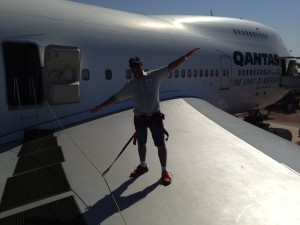 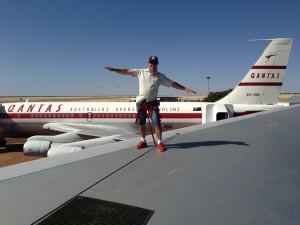 Another corny pic on the wing of the 747 with the 707 in the background. 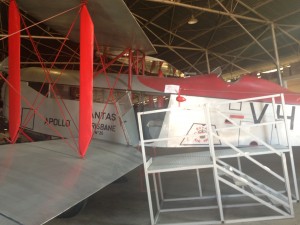 Would have hated to be the pilot in this early passenger plane. 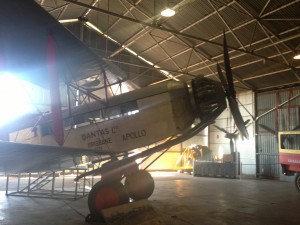 What a beauty. Heady early days of passenger aircraft. 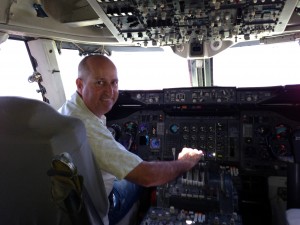 Ah had to chuck that one in.